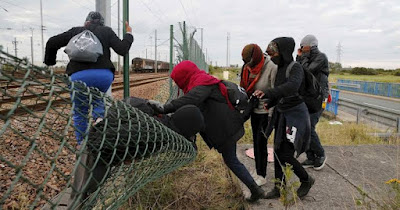 The United Kingdom government has concluded plans to send nationals who illegally entered the country and are seeking Asylum to Rwanda.

The move follows the astronomical rise in the number of people seeking Assylum in the country.

"From today… anyone entering the UK illegally as well as those who have arrived illegally since January 1 may now be relocated to Rwanda."

"Rwanda will have the capacity to resettle tens of thousands of people in the years ahead," Johnson said.

Rwanda Times reports that the UK describe Rwanda as one of the safest countries in the world, globally recognized for its record of welcoming and integrating migrants, Rwanda has accepted the responsibility on Thursday after announcing it had signed a multi-million-dollar deal to do the job, during a visit by British Home Secretary Priti Patel.

In a statement it said: “Rwanda welcomes this partnership with the United Kingdom to host asylum seekers and migrants, and offer them legal pathways to residence” in the East African nation, Foreign Minister Vincent Biruta said in a statement.

The deal with Rwanda will be funded by the UK to the tune of up to 120 million pounds ($157 million, 144 million euros), with migrants “integrated into communities across the country,” it said.

Immigrants numbers Since 2015 the UK has “offered a place to over 185,000 men, women and children seeking refuge (…) more than any other similar resettlement schemes in Europe,”