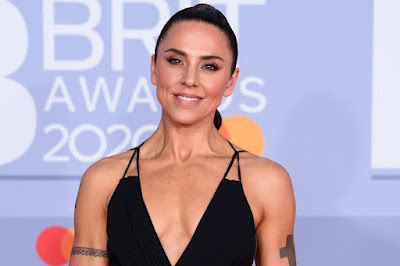 Mel C has promised there will be “big celebrations” for ‘Spiceworld’ this year.

The ‘Stop’ hitmaker and her former Spice Girls bandmates Mel B, Geri Horner, Emma Bunton and Victoria Beckham will mark the 25th anniversary of their movie and accompanying album in the coming months and the 48-year-old singer has teased there’s something special in the pipeline.

She said: “Obviously we’ve got the anniversary of the song and film, so let’s just say we’ve been in talks with Universal, the label that produced our first film…

“I don’t want to get into trouble for spilling the beans on a big secret!

“But there will be big celebrations in the coming months, I can tell you that.”

Though they haven’t performed as a quintet since 2012 after Victoria opted not to join in their 2019 reunion tour, Mel – who has 13-year-old daughter Scarlet with former partner Thomas Starr - insisted the group are still “family” to one another.

“Our relationship extends beyond the five of us because our parents are friends and our siblings are friends.

“The Spice Girls isn’t just a girlband. There’s a huge Spice family. And what’s lovely is, everybody has their own lives and careers and responsibilities, but we’re always there for one another.

“We still have that sister bond. That will never ever go away.

“A lot of our children are the same-ish age now, so they’re all friends too – it’s amazing.

“I hope they end up as close as we are.”

Mel has been trying to “manifest” another reunion for them all.

She said: “You’ve got to manifest these things! I’ve taken a leaf out of Mel B’s book – she always said, ‘It’ll happen, we just need to manifest it’, so that’s what I’ve been trying to do.”