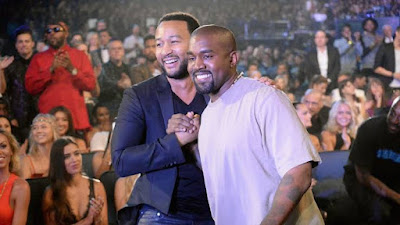 John Legend ended his friendship with Kanye West over his 2020 White House bid and support of former President Donald Trump.

Legend said they couldn't remain friends because “we publicly disagreed on his running for office and supporting Trump.”
Speaking on CNN’s “The Axe Files” podcast with David Axelrod, the singer-songwriter said they are no longer “friends as much as we used to be.”
Legend added that West didn’t appreciate the lack of support he received from loved ones while on the campaign trail. He said;
“He was upset that I didn’t support his run for presidency of the United States of America — for understandable reasons.”
The singer further said the brotherhood was straining for him. “I think it became too much for us to sustain our friendship, honestly,” he said. 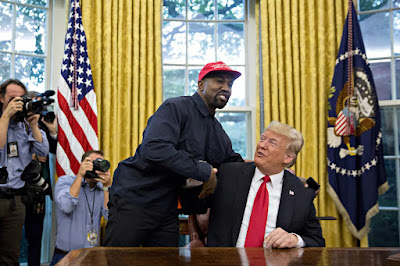 John Legend added;
“Like, he’s been pretty upfront with his opinions, his struggles, all the things that he’s dealing with. And I think what you see with him is pretty much what you get.”
The “All of Me” artist avidly supported President Joe Biden and Vice President Kamala Harris during the 2020 presidential election, speaking publicly and performing at their inaugural concert.
Although the singer actively voices his political views, he does not see a political career in his future anytime soon. He also enjoys making a difference politically and philanthropically through organizations he works with.
John Legend said;
“I do not want to run for office. I definitely don’t want to do it now. I don’t envision myself wanting to do it in the future.
“I feel like I’m able to make a big impact through the work that I’m doing, and I like the way that I’m doing it now.”
West heavily supported Trump while he was in office, wearing “Make America Great Again” hats and visiting him in the Oval Office.
The rapper believed by 'trusting God' he could lead American politics, furthermore announcing his 2020 presidential campaign on Twitter under the Birthday Party, according to the Hill.